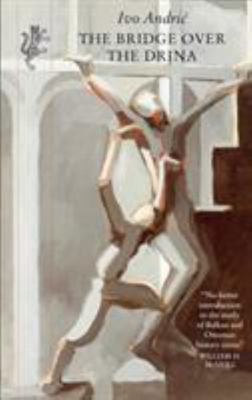 The Bridge Over the Drina

In the small Bosnian town of Visegrad the stone bridge of the novel's title, built in the sixteenth century on the instruction of a grand vezir, bears witness to three centuries of conflict. Visegrad has long been a bone of contention between the Ottoman and Austro-Hungarian Empires, but the bridge survives unscathed until 1914, when the collision of forces in the Balkans triggers the outbreak of World War I. The bridge spans generations, nationalities and creeds, silent testament to the lives played out on it. Radisav, a workman, tried to hinder its construction and is impaled alive on its highest point; beautiful Fata leaps from its parapet to escape an arranged marriage; Milan, inveterate gamble, risks all in one last game on it. With humour and compassion, Andric chronicles the lives of Catholics, Moselms and Orthodox Christians unable to reconcile their disparate loyalties.

Ivo Andric was born in 1982 in Travnik, Bosnia of Croat parents and grew up alongside Orthodox Christians, Moslems and Roman Catholics in Visegrad, the town on the banks of the Drina in which the book is set. Until 1941 he serves a Yugoslav diplomat, then, placed under house arrest in Belgrade by the occupying Germans, Andric turned to writing. In 1961 he was awarded the Nobel prize for literature. he died in 1975.