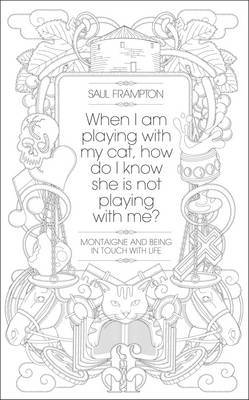 In the year 1570, at the age of thirty-seven, Michel de Montaigne gave up his job as a magistrate and retired to his chateau to brood on his own private grief - the deaths of his best friends, his father, his brother, and most recently his first-born child. But finding his mind agitated rather than settled by this idleness, Montaigne began to write, giving birth to the Essays - short prose explorations of an amazing variety of topics. And gradually, over the course of his writing Montaigne began to turn his back upon his stoical pessimism, and engage in a new philosophy of life, in which living is to be embraced in all its sensory, exuberant vitality - the smell of his doublet, the pleasures of friendship, the intelligence of his cat and the flavour of his wine. Saul Frampton offers a celebration of perhaps the most joyful and yet profound of all Renaissance writers, whose work went on to have a huge impact on Shakespeare, and whose writings offer a user's guide to existence even to the present day.

A funny, warm and accessible work of popular philosophy based on the works of a great Renaissance writer

Saul Frampton studied English and Philosophy at the University of East Anglia, wrote a doctorate on Renaissance literature at Oxford and was a Research Fellow at Cambridge. He lives in Hove, on the Sussex coast.