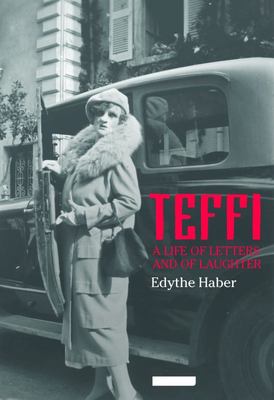 Teffi - A Life of Letters and of Laughter

Teffi was one of 20th century Russia's most celebrated authors. Born Nadezhda Lokhvitskaya in 1872, she came to be admired by an impressive range of people - from Tsar Nicholas II to Lenin - and her popularity was such that sweets and perfume were named after her. She visited Tolstoy when she was 13 to haggle with him about the ending of War and Peace and Rasputin tried (and utterly failed) to seduce her. After the Bolshevik Revolution of 1917 she was exiled and lived out her days in the lively Russian migr community of Paris, where she continued writing - and enjoying comparable fame - until her death in 1952.

Teffi's best stories effortlessly shift from light humor and satire to pathos and even tragedy - ever more so when depicting the daunting hardships she and her fellow migr s suffered in exile. While best known for her stories and feuilletons, she also moved over to other genres, from serious poetry to theatrical miniatures and even music, and inhabited an extraordinary range of spheres connected to both high and popular culture.

In the first biography of her in any language, Edythe Haber brings Teffi - who has recently been "rediscovered" in the West to resounding acclaim - to life. Teffi's life and works afford a unique panoramic view of the cultural world of early 20th century Russia, from the debauchery of the Silver Age to the terror and euphoria of revolution, and of interwar Russian emigration. But they also offer fresh insights into the seismic events - from the 1905 Russian Revolution and World War II to life as a refugee - that she experienced first-hand and recreated in her vivid, penetrating, moving and witty writing.